Helping you stay healthy and sane while you stay-at-home!

Starting in July, we will be holding our Happy Hours bi-weekly instead of weekly. This is to ensure our speakers have ample time to ensure quality content to tell you how you can remain healthy, active and independent! We will as always update with our social media and emails. If you have any questions or confusion, please give us a call!

Over the next few weeks, Ryan will be hosting weekly lectures over Zoom with some of Austin's best health experts on how we can remain healthy, active and independent during our stay-at-home order, and even after. Guest speakers will include Psychotherapists, Nutritionists, Medical Doctors, Nurse Practitioners, and more!

***If you have already signed up for this series once, you don't have to again! You are granted access and a seat at every webinar we will host.

All you have to do is click the button above and enter your contact info and we will contact you with more information about how to join the live presentation.

Only 100 spots are available, so claim yours now!

"Expert Tips to Improve Your Golf Game and Keep You Injury-Free."

Paul will be talking with us about... 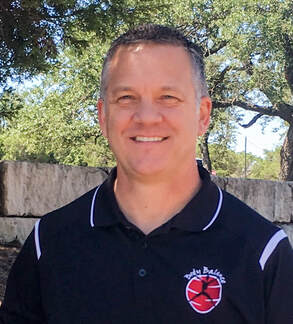 Paul's specialties are as followed:

Paul obtained his undergraduate degree from Angelo State University in Biology/Physics, with a Minor in Biomechanics and then attended Texas State University were he obtained his degree in Physical Therapy in 1994. Following graduation, he began working at the hospital in San Marcos in their in-patient department. His bigger challenge was to begin developing a new out-patient department and wellness center to be located on site. Within a year they had developed the areas premier out-patient department specializing in orthopedic rehab, stroke rehab, and became an accredited advanced wound care clinic.
Following graduation from Texas State, he began courses and became certified through the McKenzie Institute to develop a better understanding of the mechanical issues relating to neck and lower back pain.
He also recently completed the certification program through the Manual Therapy Institute of Texas, to advance his orthopedic manual skills.

His other passion along with physical therapy is working with golfers. In 2006, he began working with numerous PGA/ LPGA tour players on physical therapy needs. This reignited his golf passion. Because, not only could he use his physical therapy skills, he could pull in his biomechanics background, fitness and wellness skills. He then began training with the Titelist Performance Institute in California to further develop his understanding of the golf swing biomechancs and how they could affect the body.
During his years of working in the physical therapy field, he has seen many changes. But, the philosophy he has stuck to as both the Director of Rehab in the hospital, or as the owner of a growing private practice is: Provide high quality, direct one-on-one treatments based on each individuals needs.

He is married and has two great boys which he gets to enjoy Boy Scouting: camping, hiking, and much, much more...he also enjoys getting to the lakes, if time allows.

***If you have already signed up for this series once, you don't have to again! You are granted access and a seat at every webinar we will host.

All you have to do is click the button above and enter your contact info and we will contact you with more information about how to join the live presentation.

Only 100 spots are available, so claim yours now!

Ryan Seifert is a well-known Physical Therapist in Austin, TX and is Owner of Natural Fit Therapy, one of the fastest growing wellness companies in North Austin. Ryan and his team specialize in helping people in their 50s, 60s, and 70s+ who want to stay healthy, active, and independent.

Ryan is a former college athlete and a leading pitcher for his University of Redlands baseball team. After his time at Redlands he went on to graduate school to earn his Doctorate of Physical Therapy from Chapman University in Orange, California.

Ryan is happily married to Laura Seifert (also a Doctor of Physical Therapy) and enjoys spending time with his 2 sons: Nathan (4), Caleb (1).

Zoom is a tool (much like Skype or FaceTime) that you can use to interact with people via a smartphone, tablet or computer with a camera. If you've never used it, don't worry! It's very easy to set up, and you don't even need an account. All you have to do is click on the link we'll be sending you once you've signed up, and it will be the same link every Friday. From there, the link will connect you to the meeting and all you have to do is sit back and enjoy! If you have any problems using this application, just give us a call!

Ryan will be giving you information on:

At the end we will have a short Q & A so Ryan can answer any questions you have about this lock-down and how best to make the most of it! He will also be introducing next week’s special guest, Rayme Ryan, L.C.S.W. and Geriatric Psychotherapist who will be talking about how to stay mentally strong in an uncertain time. So, get your questions ready for both Ryan and Rayme.

Rayme will be going over coping strategies to use during a stay-at-home order. These include:

Tara will be speaking on:

May 15, 2020: "How to Protect Yourself if You or a Loved One is Over the Age of 60 in Preparation for the Austin City Reopening" with Jessica Wright, APRN, FNP-C, and Geriatric Nurse Practitioner with Integrative Medical.

Jessica will be covering:

What Ryan and Sara will be speaking on...

We will also have a short Q & A at the end to answer any questions related to back pain, so have those ready to go!

May 29, 2020: "Easy Steps to De-stress and De-clutter Your Home, and an Introduction to the Pomodoro Method" with Kristin Satsky, LCSW and Regional Director of Growth & Strategy for Halcyon Home and Mandy Hofer, OT.

Kristin and Mandy will be speaking on...

June 4, 2020: "What You Need to Know About Coronavirus Testing, How to Continue to Stay Safe, and Options for Health Benefits" with April Calderon, DO.

April will be speaking on...

June 11, 2020: "How Pilates Can Help with Arthritis Pain, and its Common Questions Answered" with Christa Ordonez, PT, DPT.

Christa will be speaking on...

June 18, 2020: "How CBD Oil Can Be a Tool In Helping You Stay Healthy, Active and Independent" with Tara Hamilton, NNP-BC, Neonatal nurse practitioner and CBD oil expert.

Tara will be speaking on...

There will also be a chance to ask Tara any questions you have about CBD oil!

June 25, 2020: "How to Improve Your Balance So You Can Prevent Falls and Regain Your Independence" with Dr. Ryan Seifert, PD, DPT.

Ryan will be speaking on...

Ryan will also be answering any questions you have at the end about balance.

Want to view playback videos of these lectures? Either click on the "watch this replay" buttons above or the one to the right to join our Facebook group "Keep Austin Active" to view all recordings of past Happy Hour lectures, and to stay up-to-date on upcoming speakers and topics!